What the heck is going on with our highways… and why is nobody talking about it?

Did you know that 20,000 Americans died on our roadways in the first half of this year… and that that number has been increasing since the pandemic?  Have you noticed how aggressive drivers have become in the past year?  Or how much speeding is going on, unchallenged? 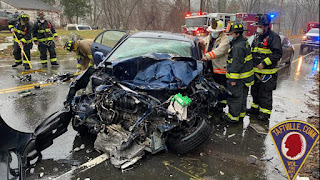 Why is traffic getting so bad, all day long, on our interstates and parkways?  Rush hour starts about 5:30 am and, with the exception of a lunchtime break, runs the full day and into the evening?  From Bridgeport to Greenwich it almost looks like LA.

Why are all these vehicles on the road, especially the commuters?  Why aren’t they on the train?  How do they tolerate those bumper-to-bumper conditions, every day?  No wonder they’re filled with rage! 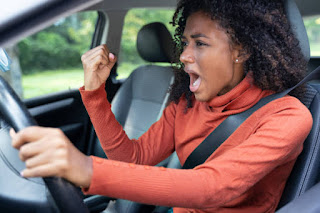 We’re deep into the fall campaign season, yet “transportation” doesn’t seem to be getting much attention, at least not as much as in years past, despite this worsening situation.

Sure, Republican gubernatorial candidate Bob Stefanowski delights in teasing incumbent Ned Lamont about his flip-flopping on tolls.  But remember, Stefanowski’s campaign manager is Patrick Sasser, creator of the hugely successful “No Tolls CT” grassroots group.  (I wonder who wrote that campaign webpage.)

But aside from those taunts, Stefanowski only makes one campaign promise about transportation:  that he’ll work to make sure every dollar in the Special Transportation Fund gets spent on transportation, not pensions.  Fair enough.  But there’s nothing on his website about our trains, our highways… no vision.

Contrast that with Ned Lamont who has been playing Santa Claus with federal grant dollars and, though unachievable, has been pushing his 30-30-30 dream of much, much faster trains on Metro-North.  Ambitious goal setting, if unachievable.

But where’s the discussion of our under-staffed, under-funded State Police?  Or the problems they and many PDs have had in hiring new recruits.  It’s almost a daily occurrence that people are shot on the street in our cities, often in broad daylight.  There was even a shooting near the capitol in Hartford.

If laws don’t get enforced and calls continue about “defunding the police”, are we really surprised that road rage grows exponentially, unchallenged?

Even Metro-North is beefing up a police presence, assigning MTA PD cops to ride our trains for the first time in my memory.  They didn’t send their officers to enforce the mask mandate during the pandemic, but now they can “show the colors” and at least make commuters feel safe as they return to commuting in record numbers.

I’m no knee-jerk “law and order” reactionary, but something must be done to restore civility and law enforcement to our roads and rails, for everyone’s sake.  Pedestrian deaths, highway fatalities and street shootings are just not acceptable and I hope every candidate this fall is challenged by you, the voters, to address these important issues.