(Author’s Note:  In the 10+ years I’ve been writing this column, no single article has gained greater readership than this one… almost 10,00 click-thru’s on our blog alone!  So here’s an update on your favorite topic.)

TRANSITCHEK:     See if your employer subscribes to this great service, which allows workers to buy up to $245 per month in transit using pre-tax dollars.  If you’re in the upper tax brackets, that’s a huge savings on commutation.  A recent survey shows that 45% of all New York City companies offer TransitChek which can be used on trains, subways and even ferries.

GO OFF-PEAK:      If you can arrive at Grand Central weekdays after 10 am and can avoid the 4 pm – 8 pm peak return hours, you can save 25%.  Off-peak’s also in effect on weekends and holidays.  Your train may be less crowded, too.  These tickets are good for 60 days after purchase.

BUY TICKETS IN ADVANCE:      Buy your ticket on the train and you’ll pay the conductor a $5.75 - $6.50 “service charge”… a mistake you’ll make only once!  (Seniors: don’t worry, you’re exempt and can buy on-board anytime without penalty). There are ticket machines at most stations, but the cheapest tickets are those bought online.  And go for the ten-trip tickets (Peak or Off-Peak) to save an additional 15%.  They can be shared among passengers and are good for six months.

KIDS, FAMILY & SENIOR FARES:          Buy tickets for your kids (ages 5 – 11) in advance and save 50% over adult fares.  Or pay $1 per kid on board (up to four kids traveling with an adult, but not in morning peak hours).  Seniors, the disabled and those on Medicare get 50% off the one way peak fare.  But you must have proper ID and you can’t go in the morning rush hours. 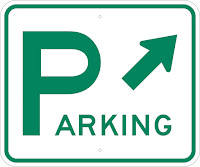 CHEAPER STATION PARKING:           If you're a regular commuter, don’t waste money parking at comparatively “expensive” station garages like South Norwalk ($ 10 per day) or Stamford ($10 for 8 hours, M-F).  Instead, park at the day-lots in Darien or Noroton Heights for just $3.  But be sure to pay at the pay station before boarding the train.

Once you’re in the city, you can save even more money.

METROCARDS:     Forget about the old subway tokens.  These nifty cards can be bought at most stations (even combined with your Metro-North ticket) and offer some incredible deals:  put $5.50 on a card (bought with cash, credit or debit card) and you get a 5% bonus.  Swipe your card to ride the subway and you’ll get a free transfer to a connecting bus.  You can buy unlimited ride MetroCards for a week ($31) or a month ($116.50).  There’s now even an ExpressPay MetroCard the refills itself like an EZ-Pass.

IS IT CHEAPER TO DRIVE?:      Despite being a mass transit advocate, I’m the first to admit that there may be times when it’s truly cheaper to drive to Manhattan than take the train, especially with three or more passengers.  You can avoid bridge tolls by taking the Major Deegan to the Willis / Third Ave. bridge, but I can’t help you with the traffic you’ll have to endure.  Check out www.bestparking.com to find a great list of parking lots and their rates close to your destination.   Or drive to Shea Stadium and take the # 7 subway from there.

The bottom line is that it isn’t cheap going into “the city”.  But with a little planning and some insider tips, you can still save money.  Enjoy!


Experience counts.  As I wrote recently, Metro-North and the CDOT are losing hundreds of experienced employees and managers, cashing out with their pensions after 30 years’ service.  That’s got to hurt.
Similarly, the CT Metro-North Rail Commuter Council may lose all of its 15 members, who have a combined 250 years of commuting experience and 97 years of service (without earning a dime) on the Council.
This past Winter Governor Malloy quietly introduced a bill that would have effectively eliminated the Commuter Council after 28 years of existence.  Under his proposal, the Council’s members would be fired and a new CT Rail Commuter Council would be created with vastly reduced powers and a Chairman to be chosen, not by Council members, but by the Governor.
The only good news in this bill was that this new Council would have oversight of Metro-North, Shore Line East and the soon to be opened commuter rail line from New Haven to Springfield… an added responsibility sought by the old Council.
The Governor’s proposed bill called this a “streamlining” of state government and targeted dozens of boards and councils, most of them moribund.  So how did the very active, very vocal CT Metro-North Rail Commuter Council get lumped into this bill?  You’ll have to ask Governor Malloy.
Fortunately, we found out about the Governor’s attempt to wipe us out and were able to fight back.  Several lawmakers rose to our defense, especially State Rep Tony Hwang of Fairfield who fashioned an amendment to the bill and gathered more than 25 co-sponsors on both sides of the aisle… lawmakers who knew the value of the Council’s advocacy for commuters.
The Governor’s bill, thus amended to preserve our authority and allow the new Council to choose its own Chair, was passed unanimously and signed into law.  So, by August 1st a new CT Rail Commuter Council will be created with new appointments.
Most of the incumbent members of the Council are seeking those appointments.  We hope officials, including the Governor, who have appointing authority will recognize their experience and past service and reappoint them.

New members on a new Council sound like a great idea.  But the learning curve in understanding the inner workings of the railroad and CDOT is steep and there is no time to waste in getting the new Council up and running.  That’s where experience comes in.

Some of the incumbent members have served on the old Council for 20+ years, others for just a year or two. ( I have been on the Council for 18 years, the past four as Chairman.  Encouraged by lawmakers and commuters alike, I am seeking appointment to the new Council. )
I hope that as the appointing authorities consider who they’ll appoint, they will chose wisely.  The new Council, like the old one, is a working body, not a political patronage plum.  We need commuters who know the railroad, who can commit to monthly meetings and will be vocal in their advocacy of their fellow riders.  There is still much work to be done.
at July 05, 2013 No comments: