Connecticut has a very strange relationship with Metro-North.  Some see it as one of mutual interest.  Others describe it as an example of the Stockholm Syndrome, where a kidnap victim fights to defend its captor.
After the bankruptcies of the Penn-Central Railroad and Conrail, Connecticut’s Dept of Transportation was anxious to find anyone to run commuter rail service to NYC.  The operating agreement creating Metro-North combined Connecticut-owned tracks and rail-cars with NY State operated lines in a bi-state shotgun wedding.
Connecticut subsidizes 66% of the railroad’s operating deficit in our state and Metro-North subsidizes 34%.  But Connecticut also subsidizes 34% of the operating shortfall for riders in NY while Metro-North picks up 66% of that cost.  That’s symbiosis.
Today, 30 years later, the state of Connecticut is Metro-North’s biggest customer, representing more revenue and passengers than New York’s Hudson or Harlem lines.  But make no mistake:  Metro-North is just a vendor to the state.

The contract with Metro-North has self-renewed for the past 30 years, and CDOT has never considered alternatives.  The last time the contract went to arbitration, Connecticut was so out-gunned by NY lawyers it came out of the deal with less money, not more.  We got smacked down and have never had the guts to stand back up.
The operating agreement, now as thick as a Manhattan phone book (remember those?), is seriously lacking: 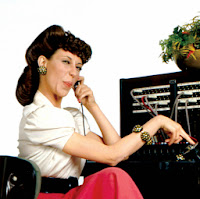 As one lawmaker described it, Metro-North is like the old Lilly Tomlin character, Ernestine, the phone operator.  When customers would complain, she would say…’ too bad, we don’t care… we don’t have to, we’re the phone company!”
Clearly, that’s how Metro-North has treated its customers, including CDOT, over the years.  They just don’t care, because they don’t have to.
And they also don’t care about how badly they have mis-managed our railroad:
As the NY Post reported recently:  “The approach to discipline at Metro-North revolves around a lengthy adjudication process — first, there’s a hearing; then a review of the hearing transcript; a ruling from a hearing officer follows; then the accused can appeal to the railroad’s vice president of labor relations. If that doesn’t work, an appeal can be filed with the state Labor Department.”

When you start paying higher fares in January, ask yourself:  How can this go on?  Who is running this railroad?  And why is CDOT not outraged enough to even consider alternative operators?
at December 22, 2013 2 comments:

Derailment Kills Four... But Who's To Blame?

It could have been you or me that died in that derailment in the Bronx December 1st.  Instead, it was Jim Lovell, Donna Smith, James Ferrari and Kisook Ahn who lost their lives riding that train.

It will be months before the NTSB finishes its investigation of what happened and why, but it is clear that it could have been prevented.  But why wasn’t it?

None of us yet has the answers, but there are plenty of questions:

·       Why did engineer William Rockefeller first claim that the train’s brakes had failed only later to claim he had “zoned out”?  Which of those explanations was a lie and which an excuse?

·       Why did the engineer’s union go to the press to plead his case, only to be kicked out of the NTSB’s investigation for breaking the rules?  Is this a PR case study or a forensic investigation?

·       Why did his train’s controls lack an alerter system that would have warned him that he was going 80 mph approaching a 30 mph curve?

·       Why was Metro-North President Howard Permut noticeably absent at the crash scene and subsequent NTSB press conferences for five days after the deadly crash?  Isn’t he responsible for this railroad? [Correcton:  see Comment #3 below this posting]

·       Why didn’t Mr. Permut and MTA Chairman Thomas Prendergast attend the wakes and funerals of those who died on their railroad?  How do they keep their jobs when employee morale is as low as passenger confidence?

·       Why does Metro-North have such a dismal record of disciplining engineers who violate its rules, suspending only 49 and firing one in a four year period while the LIRR suspended 884 and fired 12 over the same period?

·       Why did Metro-North drag its feet for five years after a federal order to install Positive Train Control while other commuter railroads met the mandate?

·       Why did the FRA wait until there had been three derailments, a track foreman’s death and the Con Ed meltdown to admonish Metro-North in writing for its dismal safety record?

Since that Sunday morning high-speed derailment, I have been on an emotional rollercoaster from depression and grief to anger and disbelief.  Nobody seems to be accepting responsibility for what happened and yet everybody is to blame.

Engineer Rockefeller, with an otherwise spotless record, made a deadly mistake that will haunt him the rest of his life.  His union argues it was a medical condition, so he’s not criminally negligent so he may never stand trial.

Metro-North management argues that speed alerters are not required on older trains, though they certainly seem necessary and will probably be retrofitted.

With PR chutzpah, Metro-North says the last five months of disasters don’t blemish 30+ years of safe operations… that they are anomalies.  Really?  The voyage of the Titanic was so smooth until they hit that iceberg.

Does anyone really believe all these calamities are just bad timing? Am I the only one who sees a pattern that worsens with each passing month?

After the July 2011 stranding of a train near Westport (on the hottest day of the year) when passengers felt so abandoned by Metro-North they called 911 to be rescued by fire fighters, I asked a simple question:  Is it time to fire Metro-North?

Until now, two years later, nobody has taken that question seriously.  Why?

As I wrote in my last column explaining my recent resignation from the CT Commuter Rail Council, “Metro-North and the Connecticut DOT are in a conspiracy of silence and obfuscation”.

Who’s to blame for the death of those four commuters?

Everybody who has failed to change that situation.