Our Infrastructure: Dangling by a Thread


The recent fire under the Park Avenue viaduct in Harlem, which disrupted commutes of a quarter million Metro-North riders got me thinking:  our aging, crumbling and vulnerable transportation infrastructure is close to collapse, and the effects of such failure could be catastrophic.   Consider this track-record:
JUNE 1983:  Inadequate inspections and repairs cause the collapse of the Mianus River

Bridge on I-95 in Greenwich. Three people were killed and three others injured.   For almost five months, 80,000 daily vehicles had to detour through city streets.

MARCH 2004:         An oil tanker crashes on I-95 in Bridgeport and the ensuing fire is hot enough to melt steel supports on the Howard Avenue overpass.  Traffic was disrupted for a week.
SEPTEMBER 2013:    Con-Ed plans to replace a crucial electric feeder cable for Metro-North in the Bronx.  The railroad decides to forgo the $1 million cost of a temporary back-up cable and the main cable fails, disrupting train service for weeks, both on Metro-North and Amtrak.
JUNE 2014:    Twice in one week the Walk Bridge in South Norwalk (built in 1896) won’t close, cutting all rail service between New York and Boston.  Cost of replacement will be more than $450 million.
MAY 2016:  Illegally stored chemicals and propane tanks at a gardening center under the Park Ave viaduct catch fire.  The flames’ heat melts steel girders, cutting all train service out of GCT and stranding thousands.  Limited train service in the following days leads to subway-like crowding and lengthy delays.

Mind you, this list does not include fatal accidents and disruptions caused by human error, like the Metro-North crash at Spuyten Duyvil that killed four.
Our lives, our jobs and our economy rely on safe, dependable transportation.  But when the roads we drive and the rails we ride are museum pieces or go uninspected and unrepaired, we are dangling by a thread.
A single fire, whether caused by accident or act of terrorism, can bring down our infrastructure in an instant, cutting us off from work for days and costing our economy billions.
What can be done?  Safety inspections by engineers and Fire Departments looking to prevent disaster are obvious.  Better enforcement of speed limits and safety are as well.  But prevention of accidents cannot make up for decades of neglect in reinvestment in our roads, rails and bridges.

The American Society of Civil Engineers’ annual infrastructure report card gives the US a D+.  They estimate we will need to spend $3.6 trillion to get things back into good shape… less than the cost of the last 15 years of US fighting in the Middle East and Afghanistan.
As the old auto-repair ad used to say, “You can pay me now or you can pay me later”.  But sooner or later, we will have to pay.
at May 22, 2016 No comments:

I hope you’ve been following CT-N to watch our dysfunctional legislature in recent weeks as they struggle to fill a $900 million budget gap.  Not only could they not get a new budget together before adjourning (only to be summoned back mid-May for a special session), but the legislative logjam left several important measures in limbo.  Among them, the long debated “lock box” for special transportation funding. 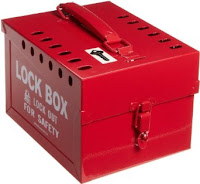 As I wrote weeks ago, none of Governor Malloy’s plans to spend $100 billion to rebuild and expand our transportation systems over the next 30 years can go anywhere without an agreement to safeguard those funds from mis-appropriation by putting them in an untouchable “lock box”.
Because the legislature couldn’t pass such a bill or even put it on the ballot as a potential constitutional amendment referendum, that puts the entire Malloy plan on hold.  Without a lockbox nobody trusts Hartford with money raised by tolling or taxes, nor should they.
The lockbox idea is not new.  In fact, it was Republicans who suggested it years ago.  But when Malloy appropriated the idea as his own, GOP lawmakers saw the Governor’s version as more sieve than safe, and they held up a vote.
Folks, if lawmakers can’t agree on an annual budget, let alone a way to keep transportation funding secure, how can we trust them with $100 billion in new money?
The Dept of Transportation’s track-record on private-public partnerships for transit oriented development also gives one pause.  For example, consider the Fairfield Metro train station where a private developer went belly-up, leaving CDOT to finish the job, sort of:  the beautiful new station they built still has no waiting room.

Or consider the ongoing saga of the Stamford rail station garage.  It’s been almost three years since CDOT tapped a private developer to demolish the old garage, replace it with a high-rise office / condo / hotel and build new commuter parking lots within a quarter mile from the station.  In three years, nothing has been done because there is still no signed contract.
Yet, that project is wrapped in such secrecy that nobody understands the delay.  Or why the CDOT is even still negotiating with this laggard “developer of choice”. It couldn’t be because the developer contributed $165,000 to the Malloy campaign that he’s being given so much time, could it?  Nah, that would never happen.

So here we are, fellow Nutmeggers.  Lawmakers deadlocked.  A $900 million budget deficit to fill this year and another $2 billion hole in years ahead.  State workers are being laid-off.  State funding to towns for education is being cut (meaning local taxes rise).  Billionaires are bailing (a third of our taxes are paid by the top 1%).  And no prospects for a lock-box let alone more funding for transportation.  Yup, just the same old stuff as ever.