The Secrets of E-ZPass 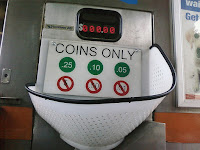 As a college student in the early 1970’s I had a summer job as a toll collector on the Tappan Zee Bridge.  Boring job but great pay.  But it was clear, even then, that toll collection would become automated, at first with special lanes with those baskets you’d throw your change into (assuming you had the correct change).
By the early 80’s, NY and Pennsylvania toll authorities (which between them make up two-thirds of the US’s $3 billion a year tolling industry) began experimenting with electronic toll tags, as much to reduce congestion at booths as to replace human collectors. But it was Oklahoma that introduced the first electronic toll system, The Pikepass in 1991.
Today you can travel toll roads from Maine to Illinois to Virginia and use the same E-ZPass. 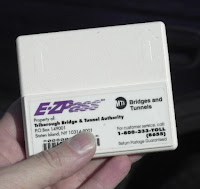 And Connecticut drivers… get ready, as everyone admits that tolls are in our future.
The E-ZPass technology is simple.  Each “pass” contains an RFID chip which, when “pinged” by an outside reader, transmits a unique code identifying you as the pass holder.  Your ID is recorded and the toll deducted from your account.
As an incentive, most systems offer E-ZPass users a discount.  For example, the cash toll for cars on the Tappan Zee Bridge is $5.00 but E-ZPass holders only pay $4.75.  The Tappan Zee even offers high-speed (35 mph) lanes that read your E-ZPass without stopping.
But gateless toll lanes are taken advantage of by some.  The Port Authority estimates that two percent of all vehicles drive through E-ZPass lanes without paying, costing the agency about $7 million a year in lost revenue.
On the Henry Hudson Bridge linking Manhattan and the Bronx, all lanes are E-ZPass as there have been no human collectors since 2014.  If you don’t have a toll-tag for the $2.54

fee, they snap a picture of your license and send you a bill for $5.00.  But the MTA says it has been unable to collect $4 million in tolls from those who were billed.
Even law-abiding E-ZPass holders should know that Big Brother may be watching them,  miles from any toll lane. The NYC Dept of Transportation uses hundreds of E-ZPass readers in Manhattan, it says, to monitor the flow of traffic.  But the NY Civil Liberties Union calls that an invasion of privacy.

Combined with the millions of data points collected by NYPD license plate readers, it’s pretty hard to keep your whereabouts a secret. (Never mind that your cell phone is constantly broadcasting your location.  And have you checked your Google Location History lately to see everywhere you’ve been and when?)
Your E-ZPass could even let authorities determine if you were speeding as you pass between readers, though the NY Thruway insists that’s not in the plans and wouldn’t stand up in court.
The choice is yours:  pay cash, wait in long lines and remain anonymous… or get an E-ZPass, enjoy the discounts and speedy trips but leave a record of your travels.

It’s time to update you on some of the hot topics we’ve discussed in recent weeks:

MALLOY’S TRANSIT LAND GRAB:      Remember the Governor’s stealth proposal for a “Transit Corridor Development Authority”, described by some as “eminent domain on steroids”?  Well, the initial idea to allow the state to acquire any land within a half-mile of train stations was modified, then killed in the legislature.  I predict it will be back.

BRIDGE WOES:     Just as planning begins to replace Norwalk’s 118 year old railroad bridge, which opens but doesn’t close, another ancient bridge is suffering the same engineering arthritis.  On July 1st the Devon Bridge in Stratford was raised but wouldn’t close, delaying every train that ran across it for days.  Estimated replacement cost, $750 million. 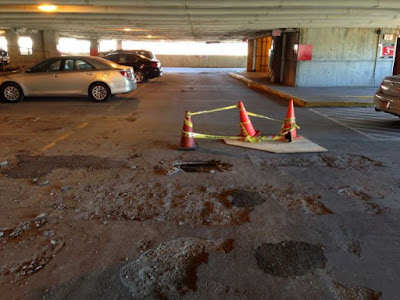 STAMFORD GARAGE:     It has been two years since the CDOT tapped Darien developer John McClutchy as their choice to demolish the old rail station garage.  (That announcement came ten days after, just coincidentally, McClutchy’s wife donated $10,000 to the state Democrats.)  But a final deal has yet to be signed for reasons unknown, so any work is still many months away.  Meanwhile in April of this year the old garage was crumbling so badly that the CDOT closed it for safety inspections.  Those inspections were completed, but the garage is still closed, displacing 700+ daily commuters.

THIS IS “SAFETY FIRST”?:       On June 29th, Metro-North allowed two trains to run toward each other on a single track just south of New Canaan.  Fortunately they stopped before a collision and one of the trains backed up and out of the way.  When reporters first

asked Metro-North what happened, they insisted nothing was wrong.  Later, they described the incident as “undesirable train routing”, an amazing euphemism for a near collision.

TAKEN TO COURT IN HANDCUFFS:    Is it reassuring to passengers to see MTA conductors and engineers on a “perp walk” for the news media?  Thirteen current and 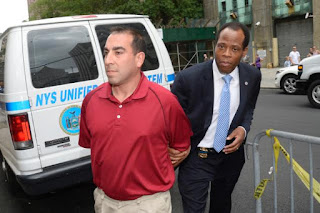 former employees of the MTA were taken to court last week, indicted on charges of cheating on safety exams that were testing their knowledge of signals, speed limits and safe operation of trains.  The cheating ring ran for more than two years in a period just before Metro-North was hit with a series of derailments and collisions.  Eight different exam cycles were compromised before the MTA’s internal investigators started their probe. 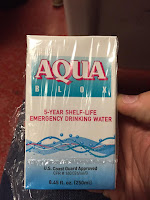 HOW LATE WAS YOUR TRAIN:           When the 11:39 pm left Grand Central on the night of July 1st, passengers settled in for a nap enroute to Stamford and a 12:48 am  arrival.  But instead of taking one hour, their journey took three.  Near Woodlawn, the train entered a section with inoperative third-rail and coasted to a halt.  The train sat there for 90 minutes before a rescue train arrived, taking 40 minutes to pull them to a station where passengers got on another train.  To their credit, the crew did pass out water to the stranded passengers… never a good sign when you’re on a stranded train.
at July 04, 2015 No comments: