Last spring, Japanese railroad officials apologized for a huge mistake:  one of their trains left a station 25 seconds early!  This was the second time such an egregious error had been made and I imagine that the offenders were severely disciplined.

Meanwhile back on Metro-North’s New Haven line, the railroad’s latest OTP (on time performance) statistics stand at about 82%... a new low.

To make matters worse, what the Japanese railroads and MNRR consider “on time” are two different things.  “On time” in Japan means the 7:12 am train departs at 7:12, not 7:11 (as in this horrendous incident which prompted the apology) nor at 7:13.  “On time” means ON TIME.

Metro-North, however, defines a train is being on time if it arrives or departs within five minutes and 59 seconds of the scheduled time.  So the train due in Grand Central at 8:45 am is still “on time” in its record keeping if it pulls in just before 8:51 am.

On a train run averaging an hour from Connecticut to GCT, that’s about a 10% margin of error, so their 82% “on time” record could really be much, much lower.  What the exact “on time” stats are, they will not say.

But Metro-North is not alone in such squishy record keeping.  Most commuter railroads in the US also observe this 5:59 standard.  And on Amtrak, it’s even worse.  On a short run (less than 250 miles), a train is on time if its 10 minutes late.  Long distance trains (over 550 miles) are given a 31 minute leeway.

When trains are late, there is usually a good reason.  For Metro-North it could be switch problems, overhead power lines (catenaries), track conditions and, of course, weather.  And when one train is late, delays can cascade, just like a fender-bender on I-95 can create a huge back-up.

But all of this is OK with me.  I’d rather be safe than on-time.

We used to be able to always count on MNRR to be on time and would schedule our travel accordingly, assuming no delays.  And yes, the trains were on time something like 98% of all runs.  But they were also unsafe and we didn’t know it.

So if my train now is 5 or 10 minutes late, that’s OK.  Because I took an earlier train just to be safe, I can handle the delay and still keep to my personal schedule.

Over the years I’ve found that when service on MNRR is messed up, there’s usually a valid explanation.  While commuters’ Tweets are quick to assume it’s stupidity or incompetence on the part of the railroad, it usually isn’t.  It’s aging equipment or things beyond their control.

The men and women who work at Metro-North may not be rocket scientists, but I honestly believe most of them are trying their best.

While OTP on the railroad has been slipping, there is one area where we have seen a huge improvement:  communications.

A small army of railroad people now work 24/7 to Tweet and e-mail every problem on every line.  And they update the information, keeping us posted on delays.  That’s valuable information riders can use to make decisions, find alternatives and alert colleagues they may be late.

Let’s give the railroad credit for doing this much right.

"Getting There" - The Critelli Commission +10

In the “land of steady habits”, we don’t fix problems, we study them… over and over again.
It’s been ten years since then-Governor Rell’s “blue ribbon” Critelli Commission report studying the reform of the Department of Transportation.  You’ll remember that the study came after a construction scandal on I-84.  And while much of the report addresses the dysfunction of the CDOT, I was pleased that the Commission’s chairman, then-Pitney Bowes Chairman Michael Critelli, also picked up on some suggestions for improving rail service.  Among the key recommendations were:
But, beyond rail, the Critelli Commission also suggested some ideas to make CDOT more “user friendly”, following the lead of other states.

Anyone who uses transportation in Connecticut realizes how few of the Commission’s recommendations were ever adopted.  So I asked Mr. Critelli, now retired, if he had any regrets given all the work he put into the report.  He wrote:

"I do not regret the work because we achieved change, particularly in better ConnDOT communications and process improvement and in being a catalyst for the service area upgrades on I-95 and the Merritt Parkway.”

“My regret:  The State did not take the opportunity to update its talent recruitment and management practices.  ConnDOT has an even greater gap between the talent it needs in a fast-changing and very different transportation environment and the talent it can recruit for its existing jobs and compensation levels.”

As always, Critelli is being gracious.  A year of his life was donated to this effort and so little was achieved, even now a decade later.

Doubtless some candidate this fall will suggest yet another study of transportation before anything gets done to really fix it.

"Getting There" - Secrets Hacks of Grand Central Terminal

There is possibly no more beautiful railroad station in the world than ’s Grand Central Terminal.  As the destination of over 55,000 daily rail commuters from Connecticut, it’s a place where many of us spend a fair amount of time.
I’ve been riding in and out of Grand Central for over 50 years.  So to help you maneuver the station’s labyrinth of tunnels, ramps and stairs, here are some of the “secrets” of Grand Central that I find most useful.
Underground Access:      Sure, you can enter Grand Central from street level, but in bad weather you can find your way there underground from blocks away.  The north-end access 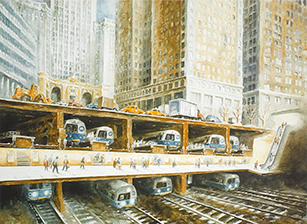 entrances at Madison and 47th St.,  and 48th Street and the Helmsley Building walk-ways are dandy, though not all open on weekends.  But did you know you can also access from 43rd or 45th Street, west of Vanderbilt, from inside the Chrysler Building, the Hyatt Hotel on 42nd Street or via the subway’s shuttle station, on the south side of 42nd Street, just west of Park?
Fastest Way from / to the Lower Level:           If your train dumps you on the lower level, forget about the ramps or stairs for the long climb to street level, especially with luggage.  Walk to the forward end of the train and look for the elevator near Track 112. 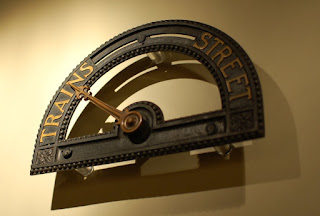 It’ll take you to the upper level or, better yet, to within steps of  (see below).  Getting to the lower level platforms from street level is just as easy.  On the upper level look for the elevators and take them down to “P” (Platform) level avoid two flights of stairs.
Washrooms with No Wait:         The new washrooms at the west end of the lower level have helped a lot, but still there’s often a line.  Take the nearby escalators up one level, turn around, and on your left is the Stationmaster’s 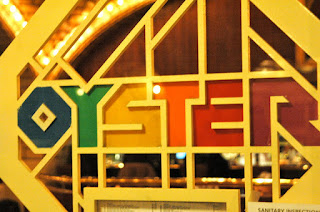 Office complete with a small waiting room and lav’s… but for women only!  Or, go right and just before the ramp up to 42nd St. and Vanderbilt, look on your left for the sign for the Oyster Bar.  Go down the steps into the bar and you’ll find ornate bathrooms known only to a few.
Best Place To Get A Cab:          Forget about the long line at the taxi stand on  of Vanderbilt.  Instead, go out the west end of the Main Concourse, up the stairs and out onto .  Cross the street and wait at the corner of 43rd.  Taxis flow through here, dropping off passengers every few seconds. If you’re heading west you’ll avoid the traffic on  too.
Where to Have a Smoke:            Want to enjoy a cigar before your train?  Forget about lighting up anywhere inside the station. Instead, go to the Hyatt Hotel just east on 42nd St. From street level go up two levels by escalator to their taxi stand and you’ll find yourself on the raised Park Avenue as it wraps around GCT.

These are a few of my favorite “hacks” of Grand Central.  Drop me an e-mail with yours and I’ll include them in a future column.

Posted with permission of Hearst CT Media
at September 08, 2018 No comments:

"Getting There" - World's Longest (and Shortest) Flights

I hate to fly, but I have to sometimes.  Sure, I can tolerate a trans-con to California in Business or First Class.  And with my wife we once flew to Japan on a surprisingly tolerable 10 hour flight that just felt like a really long day.

But now the big international carriers have newer jets capable of much longer distances non-stop, and the race is on for the bragging rights of “the world’s longest flight”.

In the early days of jet aircraft an El Al 707 going (5677 miles) non-stop from JFK to Tel Aviv in nine and a half hours was quite a feat.  But in the mid-1970’s when Boeing introduced the 747-SP, a stubby version of the famous jumbo, Pan Am was making it all the way from JFK to Tokyo (6772 miles) non-stop.

In 2001 both Continental and United were flying from NYC to Hong Kong (8065 miles) in 16 hours thanks to new polar routes opened up by Russia.  But in 2004 Singapore Airlines began non-stop service from Newark to its home port (about 10,000 miles) in just over 18 hours.

Mind you, these are regularly flown, passenger-carrying commercial flights.  On demonstration flights the distances and hours aloft are much higher.

Starting this fall, a new aircraft will offer even greater range:  the Airbus 350-900ULR (ultra long range).  These plans are 25% more fuel efficient than the 777’s but don’t offer coach seating, only Business and Premium Economy.  More seats would mean more weight, the enemy of being able to add fuel for these mega-distances.

The 19 hour flight for 161 passengers will be expensive:  Premium Economy is $1649 with Business going for twice that.   In its next generation of ULR aircraft Airbus is looking at installing bunk-beds “downstairs” where cargo would normally be carried.  No idea what pricing for that would be.

What’s the limit for non-stop flying?  Experts say about 21 hours.  That’s enough time to fly between any two spots on the globe.

On the supersonic front, Boom, Aerion and Spike are working on prototypes for smaller jets that could carry a dozen up to 55 passengers at speeds ranging from mach 1.5 to 2.2 for distances up to 6200 miles, almost the distance of NY to Tokyo.  By comparison, the Concorde carried 120 passengers a maximum of 3900 miles at mach 2.02.

Japan Airlines and Virgin Atlantic have invested $10 million and pre-ordered 20 of Boom’s XB-1 aircraft.  The manufacturer estimates JFK to London flight time of just over three hours at a fare of about $2500 one way.

So much for the future and growing present of ever longer non-stops.  For you trivia fans:  what’s the shortest non-stop commercial jet flight?  It’s from Aruba to the Venezuelan city of Punto Fijo, a 50-mile, 8-minute flight that costs $235 one-way.