Why There Never May Be Wi-Fi on Metro-North 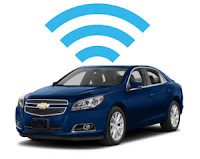 A few weeks ago a friend was showing me his new Chevy Volt.  Not only does the hybrid-electric car get 42 mpg, it has its own Wi-Fi hotspot.  That’s right.  The car is a Wi-Fi device, so kids in the backseat can watch YouTube.

Days later we were on a road-trip from the Maryland shore when we caught the Lewes – Cape May ferry.  Onboard the vessel they offered passengers free Wi-Fi.  Airlines have offered flyers Wi-Fi for years now.
Discount bus lines like Megabus have free Wi-Fi.  Even Connecticut’s new CTfastrak commuter bus system to Hartford gives its passengers free Wi-Fi.
Commuter railroads across the US offer Wi-Fi, including Boston's MBTA, Seattle's Sounder and even San Francisco's Caltrain.
But there is no Wi-Fi on Metro-North.  And the railroad says none is planned, even though the new M8 railcars are ready for the needed gear.  And therein lies a story. 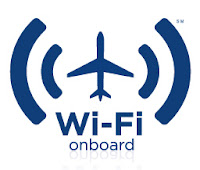 Offering Wi-Fi on a moving vehicle usually involves cellular technology.  That’s how the first airline Wi-Fi was offered by companies like Go-Go, though JetBlue and Southwest now rely on proprietary satellite systems which are much faster (up to 30 MB sec!).
When Amtrak first offered Wi-Fi on its Acela trains between Washington and Boston, they immediately had bandwidth issues.  So many passengers were using their cell phones and tablets, speeds dropped to 0.6 mb per second and the complaints came pouring in.

That’s part of the reason that Metro-North is reluctant to offer Wi-Fi:  if an Acela train carrying 300 passengers can’t handle the online load, how could a ten-car train carrying a thousand commuters?  The railroad has enough complaints as it is.

Metro-North’s experience with on-board communications has left them feeling burned.  Remember years ago when the railroad installed cellular pay-phones on the trains?  Great idea, until a year later when costs came down and everyone had their own cell phone.  Those pay cell phone booths went unused and were eventually removed.


Back in 2006 then-President of MNRR Peter Cannito said Wi-Fi would be built into the new M8 cars, both for passengers and to allow the railcars to “talk” to HQ by beaming diagnostic reports.  The railroad issued an RFP for ideas and got a number of responses, including from Cablevision, with whom they negotiated for many months.  They even initiated on-train testing of Wi-Fi gear on one railcar.
But Metro-North insisted any Wi-Fi would have to cost the railroad nothing: that all the expense and tech risk would be borne by Cablevision or its customers.  And that’s where the negotiations deadlocked.

Today the railroad sees Wi-Fi as just a convenience.  Smart phones and cell-card configured laptops can access the internet just fine, they say, using cellular technology.  But to their credit the railroad is trying to get cell providers to fill in the coverage gaps, like in the tunnels and at GCT.


So don’t look for Wi-Fi anytime soon on America’s biggest and busiest commuter railroad.  It’s not seen as a necessity… except perhaps by its passengers who really have no other transportation option.
at March 26, 2016 No comments:

Is Uber Really a Bargain?

In the almost two years since Uber rolled into Connecticut, the state’s car/taxi service business has been rocked to its core.  But is Uber competing on the same level as taxis and car service companies?  Of course not, which is why it’s so successful.

I spoke with Uber’s Connecticut Manager Matt Powers and Drivers Unlimited (a Darien car & limo company) owner Randy Klein to try to get an objective comparison of the services.  (Full disclosure:  I have been a customer of both firms.)
While Uber does offer a “black car” (premium) service, my comparisons are with their more popular Uber X service… private cars driven by non-chauffeurs, 7000 of whom have signed up as drivers in CT, according to Powers.
VEHICLES:     Car services opt for Lincoln Town Cars and SUV’s.  Uber X just requires drivers have a 4-door car, less than 10 years old with a trunk big enough to carry a wheelchair.
MAINTENANCE:  Klein owns and maintains his own fleet, inspecting all cars weekly.  Uber relies on its X drivers to do upkeep.
DRIVER SCREENING:   Klein does his own background checks on top of the DMV screening required for a CDL (commercial drivers license).  Uber says it does “rigorous” screening of drivers, including terrorist watch lists, but requires only a regular driver’s license.  Klein’s firm also does random drug testing of his drivers.
INSURANCE:    Klein has coverage of up to $1.5 million for every driver.  Uber relies on the individual driver’s personal insurance but layers a $1 million policy on top when they are driving Uber customers.
RATINGS:    Uber asks drivers and passengers to rate each other after every trip.  Klein asks passengers to rate drivers but says it’s unfair to allow drivers to rate customers. “We’re in a service business,” he says.
BOOKING:    Klein says most of his reservations are made 2-3 weeks in advance.  Uber doesn’t do advance bookings, though in personal experience I’ve never had to wait more than 10 minutes for a car.

FARES:   Though not an apples-to-apples comparison, an average car service ride from Darien to LaGuardia Airport is anywhere from $130 - $180, one-way.  Uber’s quote for an X car is about $75.
SURGE PRICING:    When demand is highest, Uber adds a surcharge to fare quotes, sometimes doubling the fare.  Klein says his rates are the same 24 x 7.
IF YOU HAVE PROBLEMS:    Klein says his office can be reached anytime by phone, toll-free.  Uber’s website offers a template to file complaints online.

So, is Uber really a bargain?  Let me answer with a hotel analogy.  Sometimes I love staying at the Ritz Carlton with its plush rooms and fabulous service.  Other times, a Motel 6 or LaQuinta is fine, though there’s always the risk of a “surprise”.


I see car services the same way.  With a plush Lincoln SUV and chauffer you get what you pay for.  But sometimes all you want is to get from home to the airport and an Uber X is just fine… and a lot cheaper!
at March 14, 2016 No comments: